Riding Shotgun: The Advantages Of Choosing An Over-Under Shotgun For Rabbit Hunting

Riding Shotgun: The Advantages Of Choosing An Over-Under Shotgun For Rabbit Hunting

If you're a farmer or you own a significant portion of rural land, keeping your land free of damaging and invasive pests is essential, not just for protecting your own land but for preventing infestations from spreading to nearby plots. Rabbits can be a particularly troublesome pest to deal with -- enormous in numbers and quick to breed, these non-native lagomorphs can exact a terrible toll on any crops and vegetables they come across, and farmers should be particularly proactive about getting rid of them.

As such, many landowners skip past inefficient traps and poisons and go straight to firearms, and over-under shotguns are one of the best choices for hunting rabbits. As their name would suggest, these shotguns feature two barrels that are arranged vertically, and this unique arrangement of barrels can convey a number of benefits which can make efficient and humane rabbit shooting a much easier task.

What are the advantages of choosing an over-under shotgun for rabbit hunting?

Unlike side-by-side shotguns, over-under shots have both barrels aligned along a single sighting plane. While this is not so useful for game bird hunting where sighting is not as important, it is particularly well-suited to rabbit hunting purposes, allowing a hunter to pick out a single rabbit (which is often well-camouflaged by its fur and diminutive size) at long distances. It also allows the hunter to discharge both barrels without re-sighting between each shot, a useful quality for dealing with swarms of rabbits.

The recoil of over-under shotguns is also easier to deal with than that of a side-by-side shotgun; instead of recoil shifting from left to right as you discharge both barrels, the recoil is felt in the upper and lower part of the shoulder which each barrel fired. This prevents the barrel from swinging from side to side and ruining your aim between shots, and makes discharging your second barrel at the same rabbit you missed with the first barrel an easier prospect.

Over-under shotguns are one of the simplest shotgun varieties in common use, and lack many of the complicated moving parts found on side-to-side and pump-action shotguns. THis simplicity makes them generally very easy to maintain, and makes regular disassembly and cleaning tasks much quicker and easier.

Their lack of ejection ports is a particularly useful quality for rabbit hunting, allowing you to use inexpensive steel ammo (which tends to damage the ports of shotguns that possess them) and preventing spent shells from being discharged onto your land and creating litter.

A heavier shotgun might sound like a disadvantage to some, but for the dedicated rabbit hunter it can be a positive boon. Heavier stocks and barrels absorb recoil more readily, so long periods of stationary hunting (the norm when it comes to hunting rabbits) is less tiring and painful. More weight also creates more inertia as you swing the barrel to engage moving targets, which many shooters find helps with their aim. 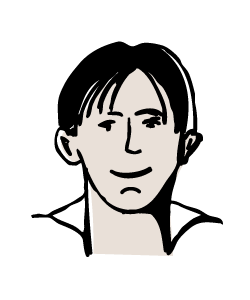 Yo! My name is Terry and I want to tell you about how important recreation and sports can be in terms of your mental health. Everyone knows that being active by sailing, fishing, swimming or playing tennis can be good for your physical fitness, but not many people think about the effect on their mind. I used to be really stressed out until my friend forced me to start playing sports with him. I was amazed at how it improved my mood and I have now become very passionate about promoting sports and recreation. I hope you like my blog.